Long-distance travel isn’t always an option. But that doesn’t mean you can’t get away. The Pocono Mountains is a scenic and satisfying choice for short road trips to soothe the care-worn soul. Stay lakeside at Silver Birches Resort and soak up the view. There’s nothing like reclining in an Adirondack chair, with a drink and a favorite book while the sights and sounds of Lake Wallenpaupack surround you. Settlers Hospitality Founder Jeanne Genzlinger shares some of her picks for titles that will transport and touch you, especially during uncertain times. Here’s your ultimate lake take reading list.

Jeanne’s first two selections are worlds and a century apart. “These two stories could not be more different but they both show the resilience of the human spirit and are uplifting and informative reads,” she explains.

A Gentleman in Moscow by Amor Towles

Jeanne says this is one of her all-time favorite books. The best-selling novel tells the story of a true aristocrat who is sentenced to house arrest inside a luxury Moscow hotel for the remainder of his life. Set amid the turmoil of Russia’s Bolshevik regime, a one-time royal is forced to live in the hotel’s attic. The scholarly man embarks on a journey of emotional discovery full of humor, heart and a stellar cast of characters.

Where the Crawdads Sing by Delia Owens

This book may sound familiar to many. Not only is it a New York Times Bestseller, it was a Reese Witherspoon Book Club selection. Jeanne believes the novel resonates now because the main character lives a life of isolation in coastal North Carolina. Reviewers describe the tale as a powerful ode to nature, a heartbreaking coming-of-age story and a compelling murder mystery.

“I keep this book beside my bed and when I can’t concentrate on a longer novel, I read these amazing stories,” says Jeanne. It’s a collection of true stories about facing the unknown. “I can only imagine how wonderful they are when the stories are told aloud by the authors at a Moth event,” comments Jeanne. The book features 45 remarkable true tales from famous names and everyday people alike. Stories cover a range of topics from the plight of an Afghan refugee to a gutsy female British spy during WWII.

The Guest Book – A Novel by Sarah Blake

Jeanne says this one is a great summer read. An instant New York Times Bestseller and longlisted for the Andrew Carnegie Medal of Excellence, the story spans three generations from pre-WWII Germany to present day. The book follows the life and legacy of one family as they try to navigate ever-changing social and political dynamics from their coastal Maine retreat. Reviewers called The Guest Book a poignant family saga that illuminates the great divide, the gulf the separates the rich and poor, black and white, Protestant and Jewish.

The Summer Book by Tove Jansson

A librarian friend recommended this book to Jeanne and it’s on her 2020 reading list. The story is set on a remote island near Finland and recounts a summer spent between a grandmother and her 6-year-old granddaughter. Together they bond over nature and share many adventures as they discuss everything from life and death to God and love.

The Dutch House by Ann Patchett

Another one Jeanne plans to read over the summer. Since its debut last year, this book has garnered a lot of critical acclaim. Not only is it a Pulitzer Prize finalist and current New York Times Bestseller, it was included in Time’s Must-Read Books of 2020 and named one of the best books of the year by the likes of NPR and The Washington Post.  The story unfolds over 50 years and explores the repercussions of wealth gained and lost on one Philadelphia family.

In preparation for the new Netflix documentary of the same name, Jeanne recommends this autobiography from the former First Lady. The memoir was a number one New York Times Bestseller and details Obama’s journey from the South Side of Chicago to the White House. One review called Becoming a deeply personal reckoning of a woman of soul and substance who steadily defied expectations and whose story inspires us to do the same.

The Lion, The Witch and The Wardrobe is one of Jeanne’s all-time favorite books and Becoming Mrs. Lewis is the love story of its author C.S. Lewis. Correspondence between American Joy Davidman and Englishman C.S. Lewis sprouted a friendship, which eventually turned to love. The historical novel offers a glimpse into a writer’s life and reveals what some have called one of the greatest love stories of modern times.

To share a love of reading with children and grandchildren, Jeanne points to two classics. The Velveteen Rabbit and The Lion, The Witch and The Wardrobe are constants in her library and always a good choice for a re-read or to introduce to the youngest members of the family. 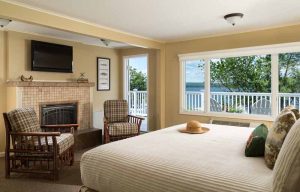 Reading material is an essential part of a lakeside getaway. Pack up some of the books mentioned above if you’re a purist, or travel light and download them all to your tablet. Spend lake filled days and quiet nights wrapped up in the pages of a good story. It’ll be a vacation for body, mind and soul. Check availability and book your getaway. 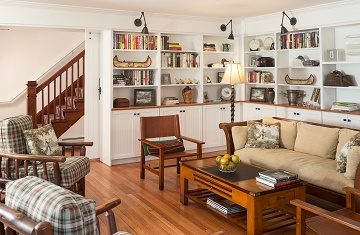 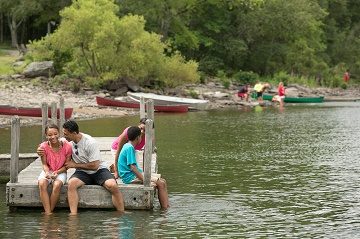 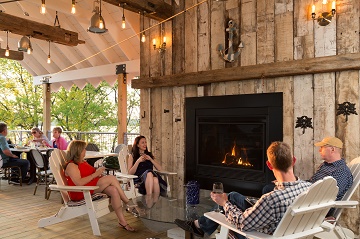